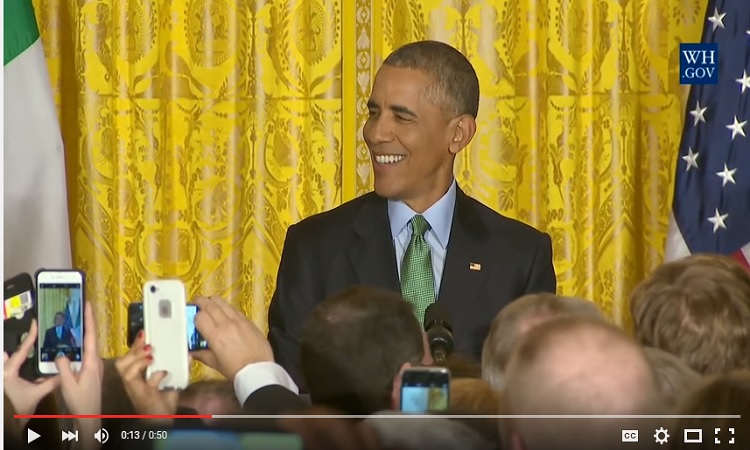 On March 15, 2016, President Obama paid tribute to U.S. Ambassador to Ireland Kevin O’Malley and the Creative Minds Series during the St. Patrick’s Day Reception at the White House.

“As you can see and hear, although Kevin has only been in Ireland for 18 months, he has crammed in almost eight years of work.  One of his legacies will be his “Creative Minds” initiative, in which he’s been busy connecting the next generation of Irish and American leaders who will be singing in this room someday.  So, thank you, Kevin.  Your Mayo grandparents would be proud.” – President Obama