Ambassador O’Malley visited Dublin City University on Thursday 4th December to attend the book launch of ‘An Irish-American Odyssey: the Remarkable Rise of the O’Shaughnessy Brothers’ by DCU academic and journalist, Professor Colum Kenny.  The book chronicles the life of James, Francis, Martin and John and Thomas O’Shaughnessy, whose impoverished parents emigrated to the US from Galway in the 19th Century.

James became the first Chief Executive of the American Association of Advertizing Agencies, described by TIME magazine as ‘the best in the business’.  Francis, the first graduate of the University of Notre Dame to be invited to deliver its annual commencement address joined forces with James to found the Irish Fellowship Club of Chicago.  Another brother, Thomas became the leading Gaelic Revival artist in America as well as a promoter of Italian-American heritage, campaigning successfully to have Columbus day enacted a public holiday.

During his visit, the Ambassador addressed DCU students about U.S.-Ireland relations. He also had the opportunity to meet with US students currently based at DCU. 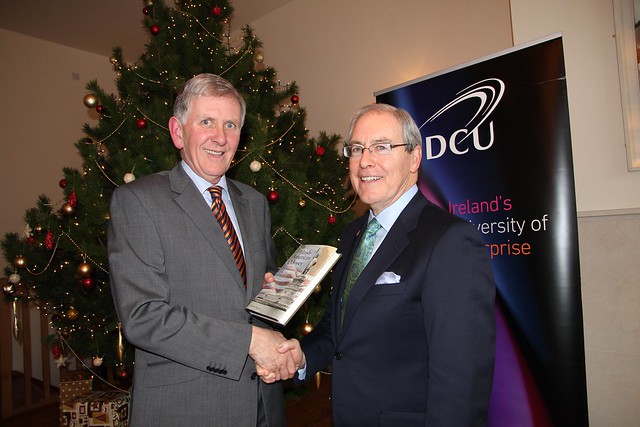