Claire D. Cronin presented her credentials to President of Ireland Michael D. Higgins at a ceremony in Áras an Uachtaráin today, officially assuming the office of United States Ambassador to Ireland.

After the ceremony, Ambassador Cronin said, “I am deeply honoured to serve as U.S. Ambassador to Ireland.  My grandfather hailed from County Donegal, and I feel a great sense of connection to Ireland and its people.  As Ambassador, I plan to build on our important relationship by advancing mutual interests, as well as cooperating with my Irish partners in addressing global challenges facing our two countries.”

Prior to her appointment, Ambassador Cronin was elected as a member of the Massachusetts House of Representatives.  She was the first woman to serve as the Chair of the Judiciary Committee.  As Chair of the Judiciary Ms. Cronin was the architect of significant pieces of legislation, including major criminal justice reform and police reform.  She later became the first female House majority leader.

Ambassador Cronin was joined at Áras an Uachtaráin today by her husband, Ray, and their two daughters.  Ms. Cronin arrived in Ireland on Wednesday, February 9, 2022.ENDS 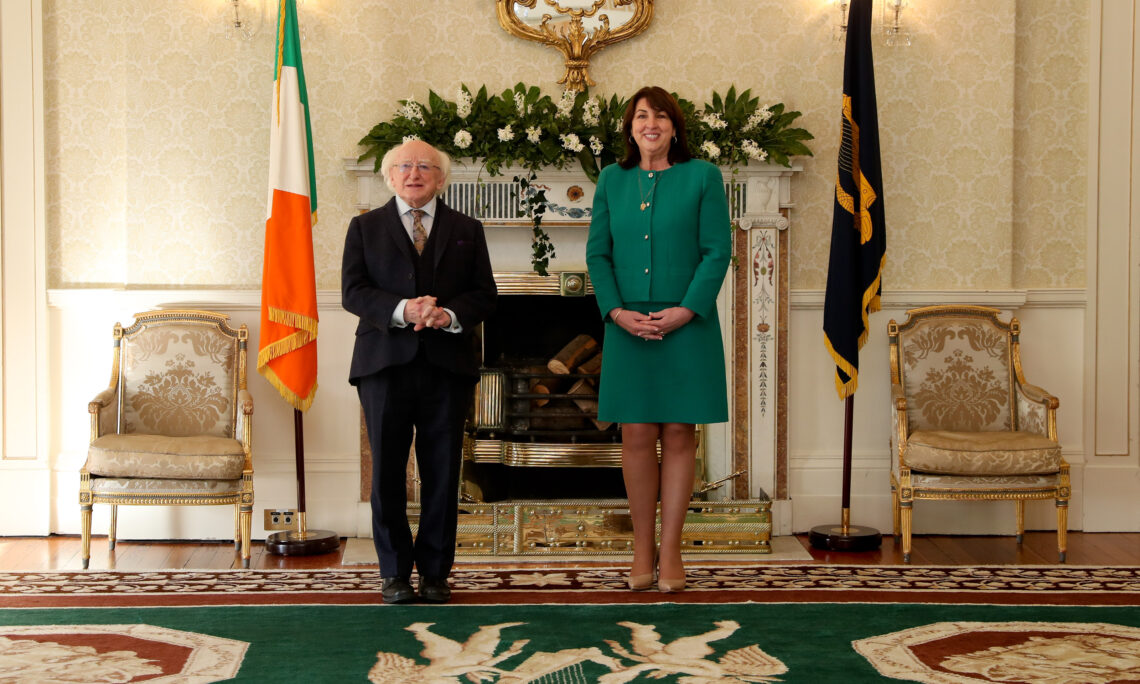