Ambassador O’Malley and his wife embarked on a four-day trip to the west and southwest of Ireland where they engaged with local officials, educational/cultural contacts and U.S. multinationals.  On November 12, the Ambassador visited Cork, home to 150 major multinational companies and after Dublin, the highest recipient of foreign direct investment into the country. The Ambassador visited Boston Scientific which has grown to be the largest medical device employer in Ireland.  He also met with Cork’s Lord Mayor and addressed law students at University College Cork. The Ambassador toured the Irish Maritime and Energy Resource Cluster (IMERC) and the National Maritime College of Ireland.

On November 13th in Limerick, the Ambassador toured the pre-clearance facility at Shannon Airport and paid a visit to Vistakon, a subsidiary of Johnson & Johnson. The Midwest region of Ireland is home to 70 major U.S. multinationals; key sectors are aerospace, software, engineering, healthcare, pharmaceuticals, and electronics. Earlier in the day, the Ambassador was treated to some cultural offerings from the Irish World Academy of Music and Dance at the University of Limerick which mark the institution’s 20th anniversary.

Ambassador O’Malley and his wife concluded their trip with a two day visit to Galway. They toured the Irish Marine Institute in Oranmore, Galway before meeting with Galway City Mayor, Donal Lyons and the Galway Chamber of Commerce. The Ambassador also viewed the facilities at Hewlett-Packard and met with the President of the National University of Ireland, Galway. Before leaving the west of Ireland, the Ambassador and Mrs. O’Malley spoke to students who were attending the U.S. Embassy sponsored “This is not a Game Ocean Challenge” with Coder Dojo which was part of The Galway Science & Technology Festival. 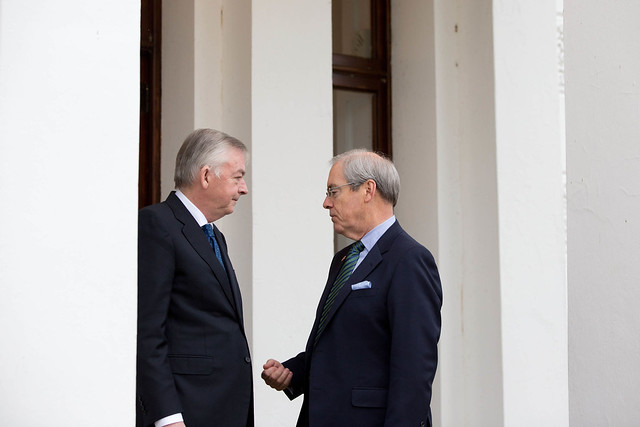