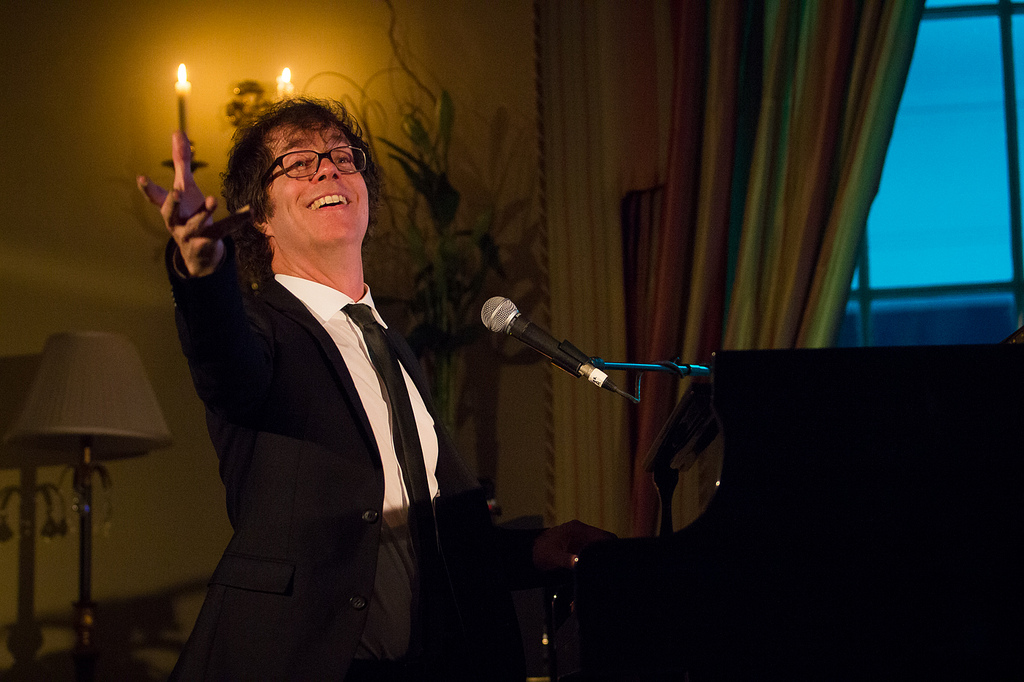 American singer songwriter and acclaimed pianist Ben Folds was the first musician to perform in the Embassy’s Creative Minds Series in the Ambassador’s Phoenix Park residence on February 13, 2015. President Michael D. Higgins was in attendance along with representatives from the Irish arts and cultural sector.

From 1995 to 2000, Folds was the frontman and pianist of the alternative rock band Ben Folds Five. After the group temporarily disbanded, Folds performed as a solo artist and has toured all over the world. The group reunited in 2011. He has also collaborated with musicians such as William Shatner, Regina Spektor and “Weird Al” Yankovic and undertaken experimental songwriting projects with authors such as Nick Hornby and Neil Gaiman. In addition to contributing music to the soundtracks of the animated films Over the Hedge, and Hoodwinked!, Folds produced Amanda Palmer’s first solo album and was a judge on the NBC a cappella singing contest The Sing-Off from 2009 to 2013. 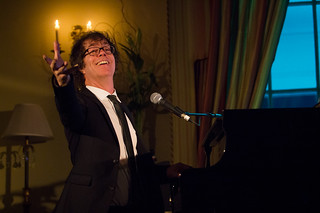