U.S. Ambassador to Ireland Kevin O'Malley with attendees at the conference

The U.S. Embassy in Ireland hosted its annual economic conference, “Creative Minds: Creative Disruption” at the Aviva Stadium in Dublin on Wednesday, May 4, 2016. The conference explored the role of disruptive innovation in driving economic growth and shared prosperity in the U.S.-Irish relationship, and beyond. The event was part of the U.S. Embassy’s Creative Minds series, which engages prominent U.S. and Irish innovators and artists to connect the next generation of Irish and American leaders.

The conference featured over 40 speakers and disruptors whose innovations are challenging the status quo, transforming industries, revolutionizing the way we work and live, and driving the dynamism in the U.S.-Irish shared economy. The U.S. Embassy invited leaders in business, tech, transportation, health, sustainability, arts, culture, creative industries, sports, science, and education, to share ideas about the power of creativity and innovation, and how those forces define the U.S.-Irish relationship.

In his opening keynote address, U.S. Ambassador to Ireland Kevin O’Malley said “A thriving economy requires not only visionary and risk-taking entrepreneurs and companies, but also fundamental ‘disruptors’ of innovation. Airbnb, Amazon, Netflix and Apple are all great examples of companies who broke the dominant business models and spotted the potential to take advantage of previously unseen opportunities. If the established players are to compete in this new market, they must adapt or rebuild their product or service to make it more convenient and accessible to customers. Ireland’s a fertile ground for this kind of cross fertilization of ideas and this openness contributes to our several hundred billion dollar US-Irish trade and investment relationship.”

Other speakers from the United States and Ireland included:

The conference included breakout sessions on a variety of themes including: closing the gender gap in tech, the future of health tech and sports, how tech is reimagining creative industries, smart cities, digital trust and data protection, disruptors in the sharing economy, and creative disruption in the social entrepreneurship sector. 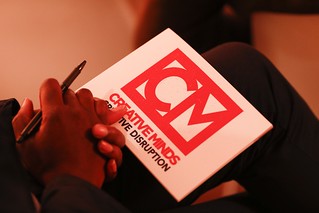