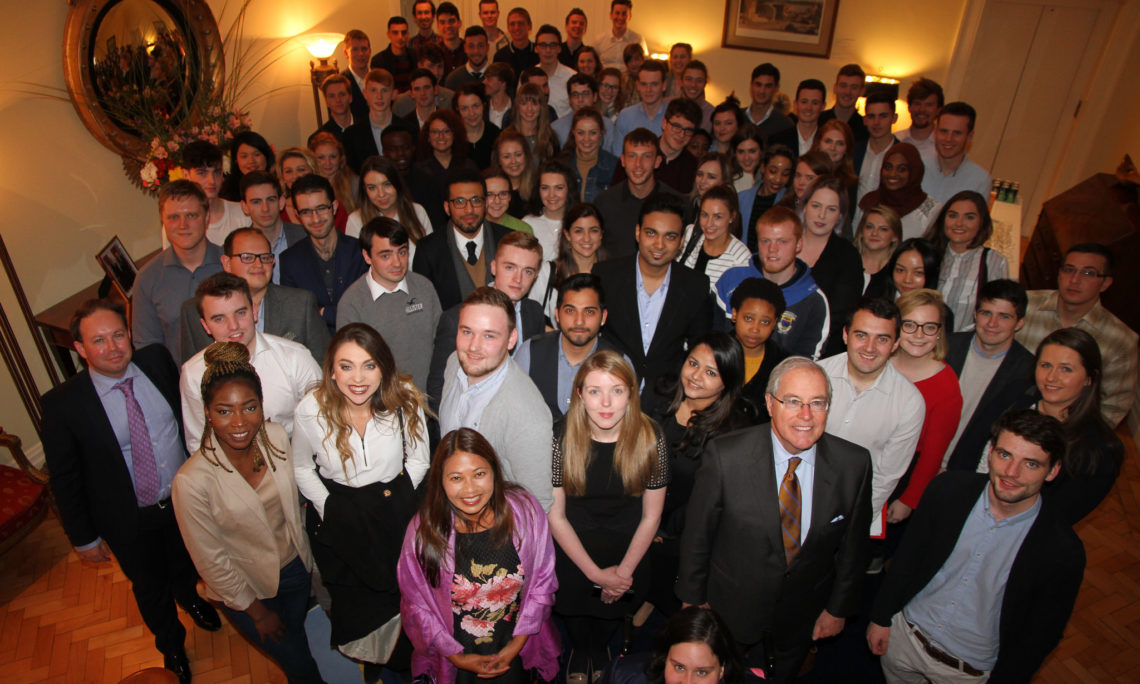 Over the next three months, the winning teams will work with the DCU Ryan Academy and the recently-launched Ireland chapter of Techfugees to bring their prototypes to life, drawing on the €15,000 prize fund.  The winning projects were:

U.S. Ambassador to Ireland Kevin O’Malley hosted the hackathon kickoff event at his Phoenix Park residence where UNICEF Ireland Youth Ambassadors Minahil Sarfraz and Natasha Maimba inspired hackathon participants by sharing their first-hand experiences in Ireland’s direct provision system and their remarkable achievements since receiving permanent status in Ireland, such as speaking before the 2016 UN General Assembly.  Daranee Petsod, President of San Francisco-based NGO Grantmakers Concerned with Immigrants and Refugees (GCIR) joined the event to share a U.S. perspective on refugee integration and serve as a hackathon mentor and judge.

The teams—supported by more than 20 mentors from a variety of companies, leading Irish startups, social enterprises, NGOs and agencies including Startup Grind, the Irish Refugee Council, Bank of Ireland and Enterprise Ireland—worked throughout the weekend to create solutions to social problems using entrepreneurial and business practices.  Nubi Kay, entrepreneur and Business Analyst at Accenture Ireland originally from Nigeria, served as the hackathon facilitator.

Eoghan Stack, CEO of DCU Ryan Academy, said: “I really would like to congratulate all the delegates who took part in this event – they came full of enthusiasm, armed with superb ideas, and worked as teams around the clock to deliver impressive pitches.  Many of these teams have developed prototypes that can now be implemented and the DCU Ryan Academy will support all of the teams who wish to take their concept to the next stage.”

Lye Ogunsanya, Head of the Ireland chapter of Techfugees, said:

“This hackathon has kick-started the launch of the Ireland chapter of Techfugees, a coalition of volunteers who are coordinating the tech industry response to the needs of refugees.  We look forward to partnering with the DCU Ryan Academy to help incubate the hackathon’s winning solutions into viable platforms for refugee inclusion, while leveraging the global Techfugee network.”

“Across the globe, more than 21 million people have fled their homes and crossed international borders in search of safety.  More than 4.8 million have been forced to flee Syria alone.  They have all experienced loss and face uncertain futures, and they look to the rest of the world for support.  By tapping into the creativity of young people, this hackathon developed several innovative solutions to promote refugee inclusion, integration, and self-reliance as they build new lives in our communities.” 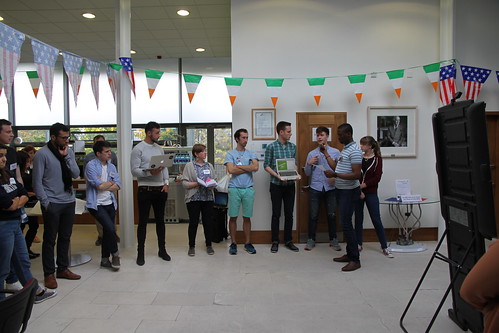