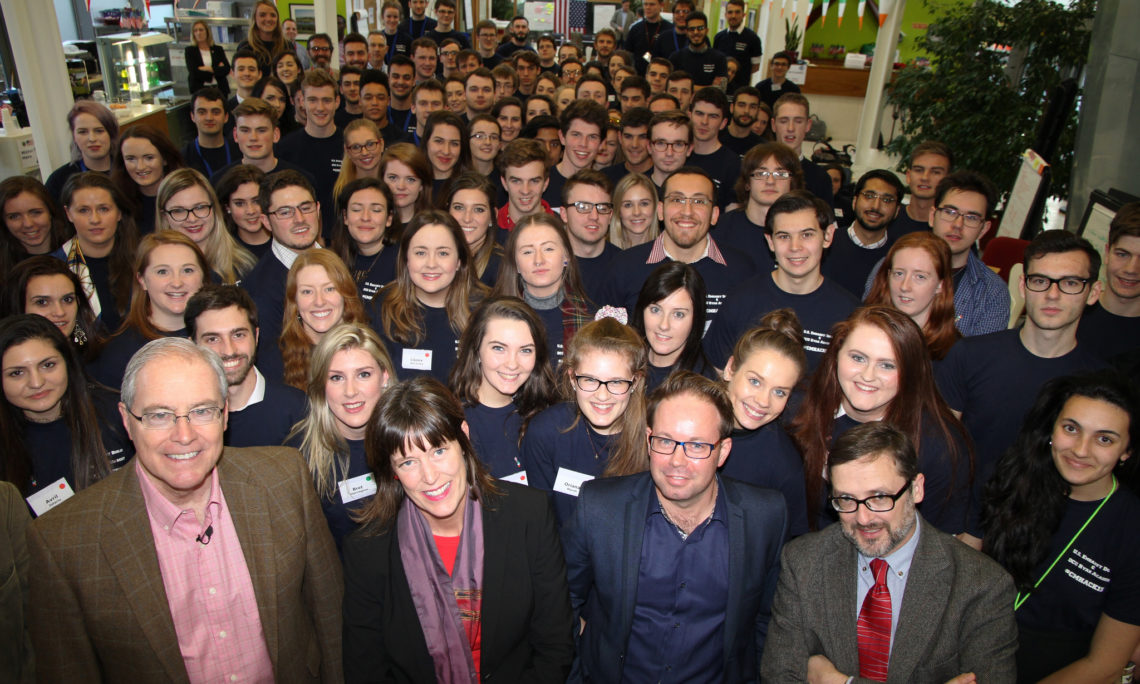 Ambassador O'Malley (front left) with120 participants from Ireland, Northern Ireland and the United States who took part at the social entrepreneurship hackathon at DCU’s Ryan Academy

Over 120 participants from Ireland, Northern Ireland and the United States took part a social entrepreneurship hackathon this weekend at DCU’s Ryan Academy organised in partnership with the U.S. Embassy, and sponsored by Intel, IBM, Kerry Group and Pepsico.

The inaugural event formed part of the Embassy’s Creative Minds series which aims to  spark new collaborations and people to people connections between the next generation of Irish and American leaders.

15 teams worked throughout the weekend to find real solutions to social problems using entrepreneurial and business practices. The groups were supported by over 30 selected mentors from a variety of sectors. Project ideas included modular apartments for students, an online communication platform to help young people choose a third-level course, and a system to help lawyers representing LGBT asylum seekers.

The winning project, Educa$ion, involved an online banking platform offering young people a practical way to learn about budgeting and banking. The team behind the project intend to talk to banks and credit unions to see how the concept could be rolled out in the near future.

Speaking about the event, Eoghan Stack, CEO of DCU’s Ryan Academy, said,
“I have to commend all of the delegates who took part in this event – they came full of enthusiasm, armed with superb ideas and worked around the clock to deliver impressive pitches today. Many of the teams have developed prototypes over the weekend which can now be implemented and the DCU Ryan Academy intends to support any of those teams who wish to take their project to the next stage”.

U.S. Ambassador Kevin O’Malley commented that the winning team provided a “fantastic example of creativity & innovation: you are leading the way for the next generation of leaders.” 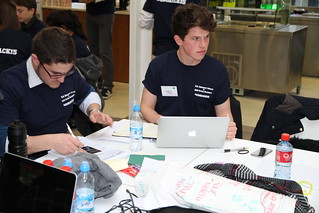