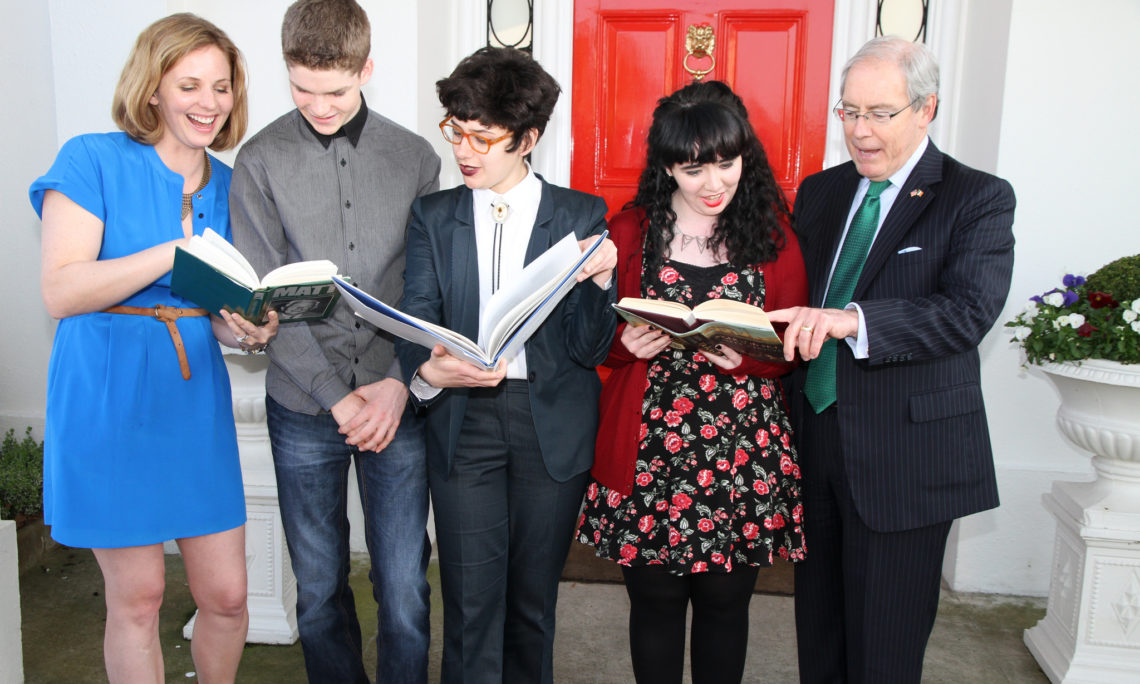 On Wednesday, April 8th, Ambassador O’Malley hosted a Creative Minds Series Event: The Moth “True Stories Told Live. The Moth is an acclaimed non-profit founded in New York dedicated to the art of storytelling. Created in 1997 by novelist George Dawes Green, the Moth presents storytelling competitions called “StorySLAMs” and has expanded to 16 cities across the United States, as well as abroad.  Competitions often feature prominent cultural personalities such as Frank McCourt, Malcom Gladwell, and Salman Rushdie. The Embassy has invited the senior producers of The Moth—Catherine Burns, Meg Bowles and Kirsty Bennett—to participate in the Creative Minds Series prior to The Moth’s April 9 “Main Stage” event in Dublin that will feature stories on “The Ties that Bind” the U.S.-Ireland relationship. 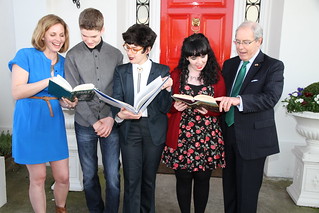