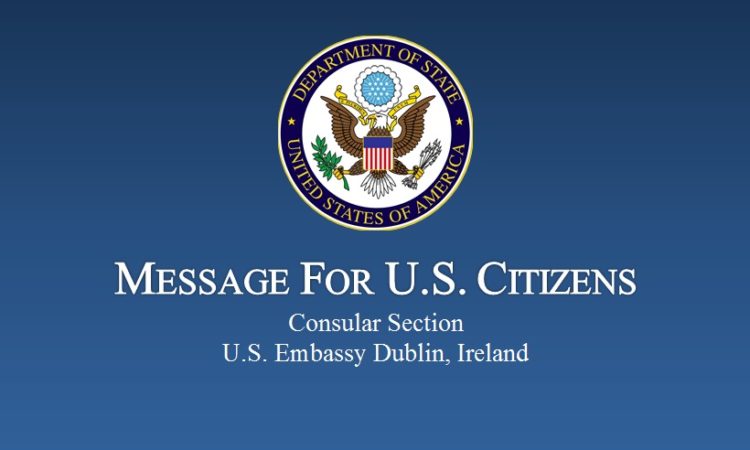 Event: The U.S. Embassy in Dublin wishes to inform U.S. citizens resident in or traveling in Ireland of a protest being organized by The National Party of Ireland to be held outside Government buildings this Saturday, October 10 at 1:00 pm.  The purpose of the protest is to “end the lockdown” and the protest will likely disrupt traffic in the city for its duration.  U.S. government personnel are strongly discouraged from being near protests and we encourage U.S. citizens in Ireland to monitor local media for updates on this and possible future protests.