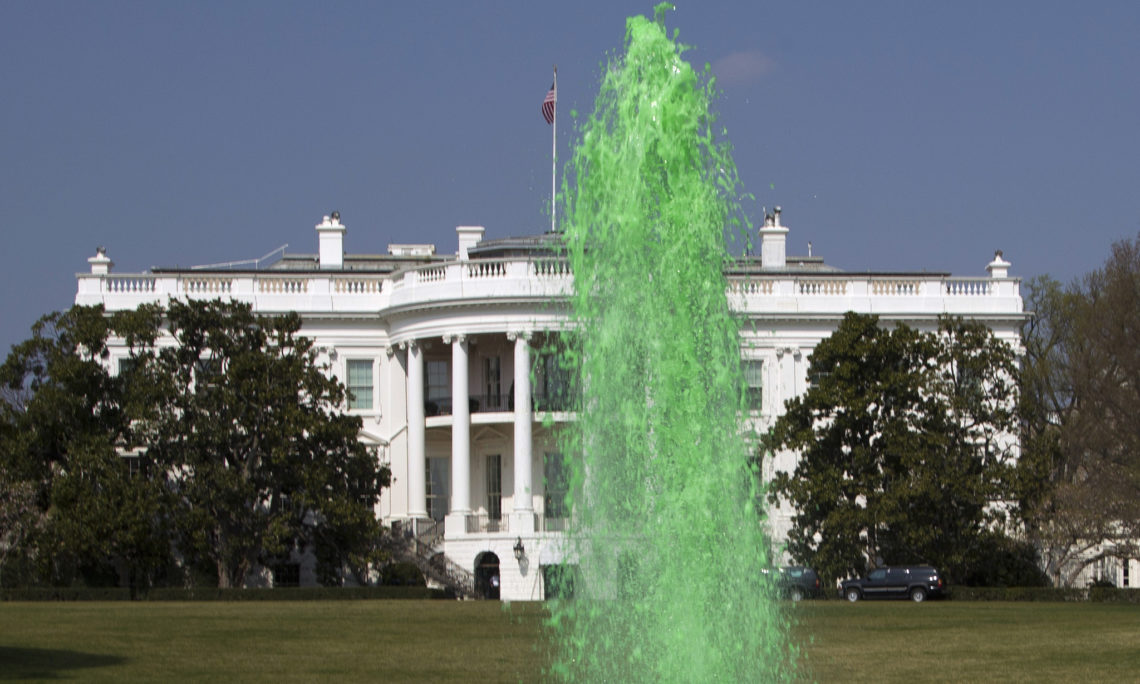 The following appeared in the Irish Independent newspaper on March 17, 2016

Seven years ago, First Lady of the United States Michelle Obama requested that the water in the White House fountain be dyed green – similar to a Chicago tradition, wherein the city greens its river for the St Patrick’s Day festivities.

This gesture complemented and continued an annual tradition that affirms one of the greatest bilateral relationships in the world. Ireland is the only country in the world guaranteed an annual invitation to the White House. The meeting between the President of the United States and An Taoiseach gives us an opportunity to talk about some of the very important bilateral issues that we face, and also to address global issues in response to which our two countries are taking leadership.

President Barack Obama has repeatedly identified entrepreneurship as one of the brightest hopes for expanding economic opportunity and creating jobs. Since the president first launched the Global Entrepreneurship Summit in Washington DC five years ago, hundreds of thousands of entrepreneurs have been empowered to launch thousands of new businesses and creative initiatives.

The US-Ireland economic relationship is now valued at over $510bn (€454bn), and this fantastic achievement is made possible thanks to our respective entrepreneurial spirit – a spirit that I have seen first-hand in my visits to American and Irish companies across Ireland.

The US and Ireland also apply our creativity, talent, and energy to tackling some of the world’s most pressing issues such as global hunger, migration and refugees, and climate change.

Speaking to the world following the historic COP21 agreement on climate change in Paris last year, President Obama said: “Together, we’ve shown what’s possible when the world stands as one.”

The president connected our country’s future with a future he could now envision as a grandparent. Having been blessed with a grandchild myself, I feel a profound kinship in this shared sense of responsibility – a solidarity that resonates in Ireland.

Former President of Ireland and UN Special Envoy on Climate Change Mary Robinson has spoken of how her devotion to her grandchildren has stoked her passion on climate change. As a global ambassador, she exemplifies how an Irish voice can electrify, and amplify, a message on an issue with worldwide impact.

The bond and the friendship felt between the United States and Ireland is something most everyone accepts as a given, but we can’t take it for granted. We need to ensure that the next generation understands why the White House fountain will flow with green waters this St Patrick’s Day and why we cherish this special relationship.

That’s why in 2015 we launched the Creative Minds Series, which invites prominent US innovators to creatively engage with Irish audiences. The goal of Creative Minds is to spark new collaborations and innovative connections between the US and Ireland.

Since January 2015, we have pursued this goal by inviting an exciting list of creative Americans to lead discussions, master classes, and performances in Ireland.

As President Obama has said: “America’s possibilities are limitless, for we possess all the qualities that this world without boundaries demands: youth and drive; diversity and openness; an endless capacity for risk and a gift for reinvention.”

I believe the same may be said of Ireland and, to the list of qualities that both our countries enjoy this St Patrick’s Day, let us include the value that we place on friendship.