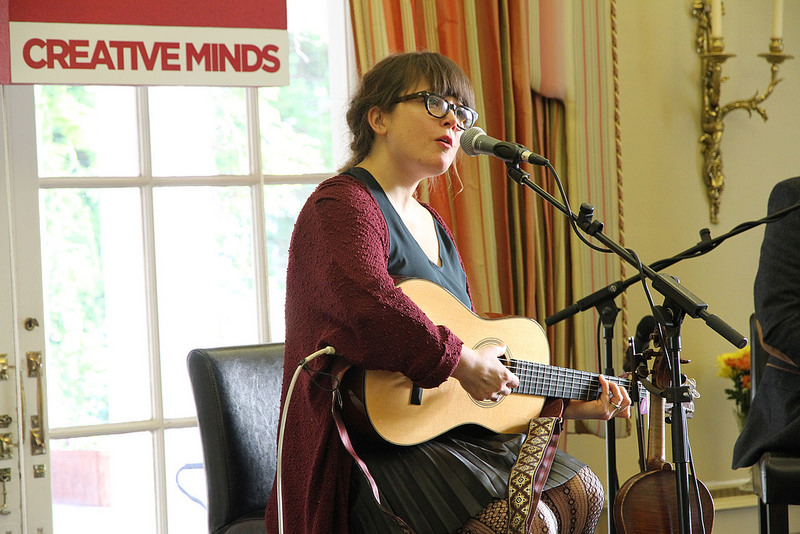 November 2, 2016: Grammy-winning singer, songwriter, and fiddler Sara Watkins performed and shared her creative process with moderator Niall Toner, RTE radio broadcaster and bluegrass musician in our Creative Minds series on November 2, 2016.  Sara Watkins debuted in 1989 as fiddler and founding member of the award winning group Nickel Creek. Their fourth album won a 2003 Grammy Award for Best Contemporary Folk Album.  Watkins has also released three solo albums, Sara Watkins, Sun Midnight Sun and Young in All the Wrong Ways.  Rolling Stone called her latest  album “stunning” and her “finest solo record.” In 2016 Sara became the first female artist named Instrumentalist of the Year at the Americana Honors & Awards.  As part of the album promotion, Sara is on a world tour and was a headline performer at the Sligo Live Music Festival October 30, which was sponsored by the U.S. Embassy as part of our Creative Minds initiative. 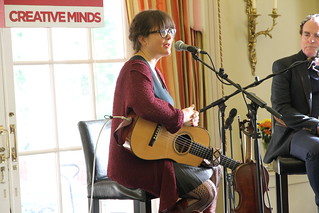