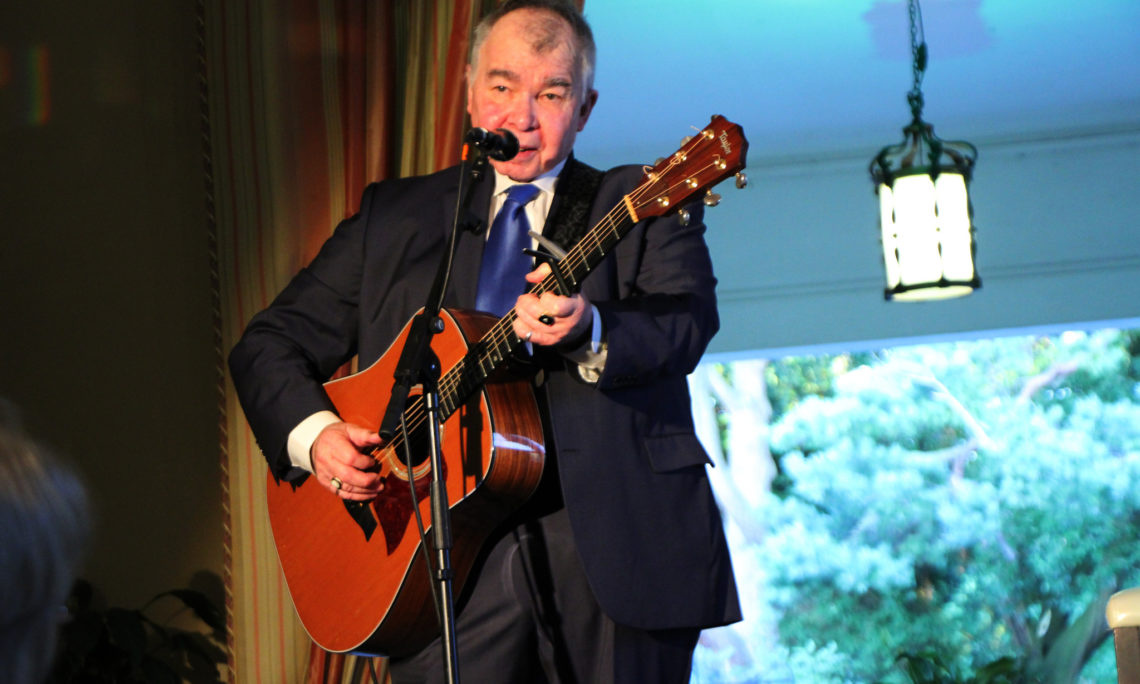 John Prine performs at the U.S. Ambassador's residence as part of the Creative Minds Series

Listen to a podcast of this event from the John Creedon Show, RTE Radio 1

John Prine is a critically acclaimed singer/songwriter who has gone from solo acoustic folk to hard country to rockabilly to soft rock, all the while maintaining his hardheaded vision of proletarian America. Cited as one of the most influential songwriters of his generation, Prine’s notable albums include Diamonds in the Rough, Sweet Revenge and Common Sense. His Grammy-award winning album The Missing Years included guest appearances by Bruce Springsteen, Tom Petty and Bonnie Rait, among others. In 1996, Prine married Ireland native Fiona Whelan, whose heritage has led Prine to explore Celtic musical influences. 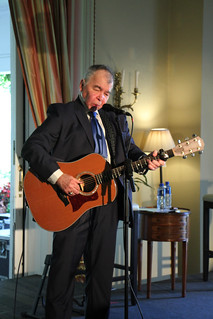