On Wednesday, July 27, 2016, this Creative Minds event explored advances transforming head and neck cancer care. Facilitated by Professor James Paul O’Neill from the Royal College of Surgeons Ireland, other keynote speakers included Dr. Luc G. T. Morris from Memorial Sloan Kettering Cancer Center in New York City, and Mr. Iain James Nixon, the Honorary Clinical Senior Lecturer at Edinburgh University. A relatively new event on the medical calendar, World Head and Neck Cancer Day (WHNCD) was first declared on July 27, 2014. Fifty one countries around the world now organize events to raise awareness about the efforts to treat 550,000 cases of Head and Neck Cancer that result in 300,000 deaths annually. It is the leading cause of mortality and disability in many parts of the world. 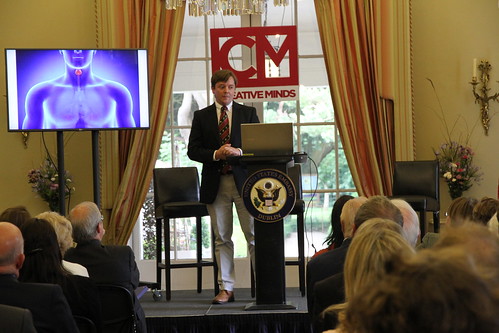